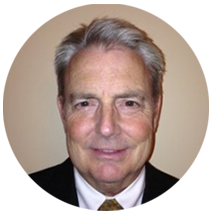 Mr. Jones is a recognized technology business leader, providing guidance to the launch of innovations in security, communications and business continuity. With over 30 years successfully integrating strong P&L skills with strategic planning, Mr. Jones has launched products supporting emergency and incident management, providing a the market economically prudent solutions to migration from legacy equipment deployments to emerging innovations. As the security industry began to migrate from analog to digital solutions, and face the shift to network based technologies, Jones provided marketing and enterprise sales direction in the video, physical and network security arenas. Jones provided manufacturers with strategic partners, internal direction, and customer alliances instrumental in creating integration of innovations for commercial, governmental and military customers. Prior to the events of September 11, 2001, Mr. Jones served as the Regional Branch Administrator for one of the largest security firms in North America, overseeing the migration of physical security technology sales from the dominant technologies of the last half of the 20th Century to the emerging network applications. Mr. Jones joined one of the companies that General Electric purchased becoming GE Security, serving in regional enterprise solution sales and management roles, including the launch of early generations of network based physical security and IP video management solutions. Success in these product launches were foundational to the introduction of numerous network security solutions. Innovations in video transmission and storage, video processing and sustained interoperable communications become foundational to providing government and commercial entities threat and hazard vulnerability predictive information. Mr. Jones currently is a principal in various companies providing support to companies focused on long-range continuity and threat mitigation for both physical and cyber security risks. 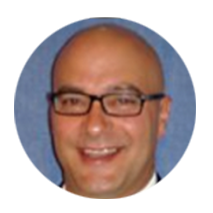 Mr. Montella is an internationally recognized subject matter expert, speaker and writer on numerous topics relating to homeland security, disasters, survival, preparedness, and business continuity. With more than 30 years of direct homeland security and emergency management experience in government and private industry, Mr. Montella has worked at the local, state, and federal levels of government, as well as private industry, and with the American Red Cross. Montella is considered one of the top emergency management and disaster planners in the United States. Montella is the on-camera disaster and homeland security expert on the Discovery Channel Series, THE COLONY, and is on the Board of Directors of the RSQ Foundation. Mr. Montella has served on the Federal Emergency Management Agency’s (FEMA’s) National Advisory Council’s (NAC) Public Engagement & Mission Support Subcommittee and the National Response Framework Working Group. A master facilitator and trainer, Montella has designed, conducted, and evaluated over 800 courses, seminars, workshops, and exercises relating to disaster preparedness, response, recovery, and business continuity. Following the events of September 11, 2001, Mr. Montella became the first General Manager of Emergency Management for the Port Authority of New York and New Jersey, helping to rebuild the agency that owned and operated the World Trade Center. His experience is highlighted by serving in senior management positions on well over 100 headline disasters including Hurricanes Hugo, Andrew, and Katrina as well as the September 11 terrorist attack, and the anthrax release at the U.S. Capital. In addition, He served on the State of Florida Rapid Impact Assessment Team (RIAT) and has served on the Federal Emergency Management Agency’s (FEMA’s) Emergency Response Team (ERT) and the National Response Coordination Center (NRCC) at FEMA headquarters. His efforts in the field of emergency management earned him and his agency the prestigious Innovations in American Government Award from Harvard University. Mr. Montella was part of the team wrote the Superstorm Sandy after action report for the State of New York. For the last 18 years, he had a strong focus on Weapons of Mass Destruction and Counter- and Anti-terrorism. Montella is a current member of numerous local, state, national, and international emergency management associations and is frequently sought after as a subject matter expert, keynote speaker, and thought leader as the author of many industry-related articles, as one of the feature writers for the Domestic Preparedness Journal and Inside Homeland Security. Mr. Montella holds both Bachelor of Arts and Master of Arts degrees in Public Administration, as well as attending both Police and Emergency Medical Services Academies. Additionally, Montella holds more than 40 certifications in planning, emergency management, homeland security, and disaster response and recovery. 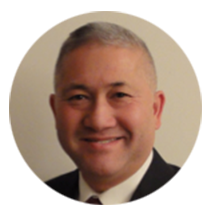 Chate Asvanonda started his first career with the Los Angeles Police Department where he conducted high profiled investigations, cold case homicides; re-enactments of Police Officer Involved Shootings (OIS), Scientific Investigations (ballistics) and aided in the creation of the Departments Virtual Investigation Team. He is a court qualified gang expert and has testified as an “expert” in drugs and narcotics. He has been a POST (Peace Officer Standard Training) certified instructor for a decade, creating master lesson plans for the future in American law enforcement. Toward the end of his 23 year career with the L.A.P.D., he was the assistant OIC (Officer in Charge) of the Departments record management at Professional Standards Bureau; interacting with the Inspector General’s Office, Police Commission, City Officials and City Attorney’s Office. Chate Asvanonda has been a student of many certified “Subject Matter Experts” (such as his fellow colleagues) and in return helped train over 2,500 police officers in crowd management, interview techniques, aggressor behavior, unusual occurrences and asymmetrical threats. He has worked with many experts and practitioners within the intelligence community, data collection specialist and an all source analysts. Chate currently joined the Safe to Learn Advisory Team, “Safe to Learn” is a think tank comprised of subject matter experts, trusted advisors, and first responders that have hundreds of years of cumulated real world experiences in security, planning and the safety of educators, students and its campuses, facilities and schools. Chate further spends his time working with high-tech critical thinkers that provide innovative and mission relevant solutions to US Government Agencies and commercial markets. This group helps to improve machine autonomy and convert large amounts of data into usable knowledge for next-generation technologies. 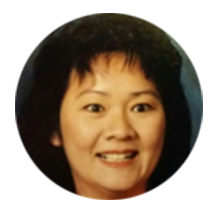 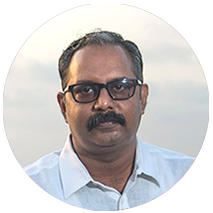 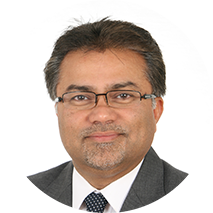 He had the privilege to work in Engineer’s Ofice – for H.H. Sheikh Mohammed Bin Rashid Al- Maktoum – The Prime Minister of UAE and Ruler of Dubai, as Projects Manager from April 1998 to February 2005, with total management responsibility for timely construction of allocated Projects, to meet the approved budget, quality and value of works, QA/QC adherence, safety and all post completion issues in accordance with the Operations Procedures for Projects Department on an approximate total value of projects of AED 485 Million. He was the Vice President of IMG Theme Park ‘City of Arabia’ development Dubai and portfolio manager of ‘Al-Ain Wildlife Park & Resorts development –Al Ain Zoo & Acquarium, Abu Dhabi.